A pair of Pittsburgh martial artists are poised to make history as they represent the United States of America (USA) as members of the prestigious 2018 “Team USA” at the Pan American Kickboxing Championship in Cancun, Mexico October 24-28th. In the upcoming months while other kids are enjoying summer break, 15-year old Luke Lokay and 9-year old Xander Eddy of North Huntingdon will be training to compete at the highest international levels for sport martial arts. Lokay and Eddy are both are goodwill ambassadors for the Western PA Police Athletic League.

The standouts each earned a spot on “Team USA” at the WAKO Trials in Kansas City, Missouri in February. Lokay will represent America in the 63- Kg division and Eddy secured the 30- Kg weight class. The selection process is limited to the current national champions officially recognized by their National Olympic Committees or Ministry of Sports. Lokay, a Norwin High School student explains, “Representing my country is such huge honor. I am training every day to make my family and coaches proud. I know a lot of the kids at the dojo are counting on me.” Lokay and Eddy each have been training at Allegheny Shotokan “Viola” Karate in North Huntingdon since they were 4-years-old. Their Sensei, Bill Viola Jr. explains, “Luke and Xander set themselves apart with work ethic. They are both naturally talented, but it’s what you do with that talent that gets you to the next level. They have the determination and dedication to win.” Eddy is one of the youngest members to make Team USA but has already amassed an impressive resume. In 2017, he earned the Open-Weight Grand Championship Title at North American Open in Las Vegas, Nevada. The event was part of UFC’s International Fight Week. Eddy proudly explains, “I only had one thing on my mind—win.” The victory put him on the radar of the coaching staff. Lokay and Eddy are the first US Team members to earn a team selection for The World Association of Kickboxing Organizations (WAKO) from Western Pennsylvania. 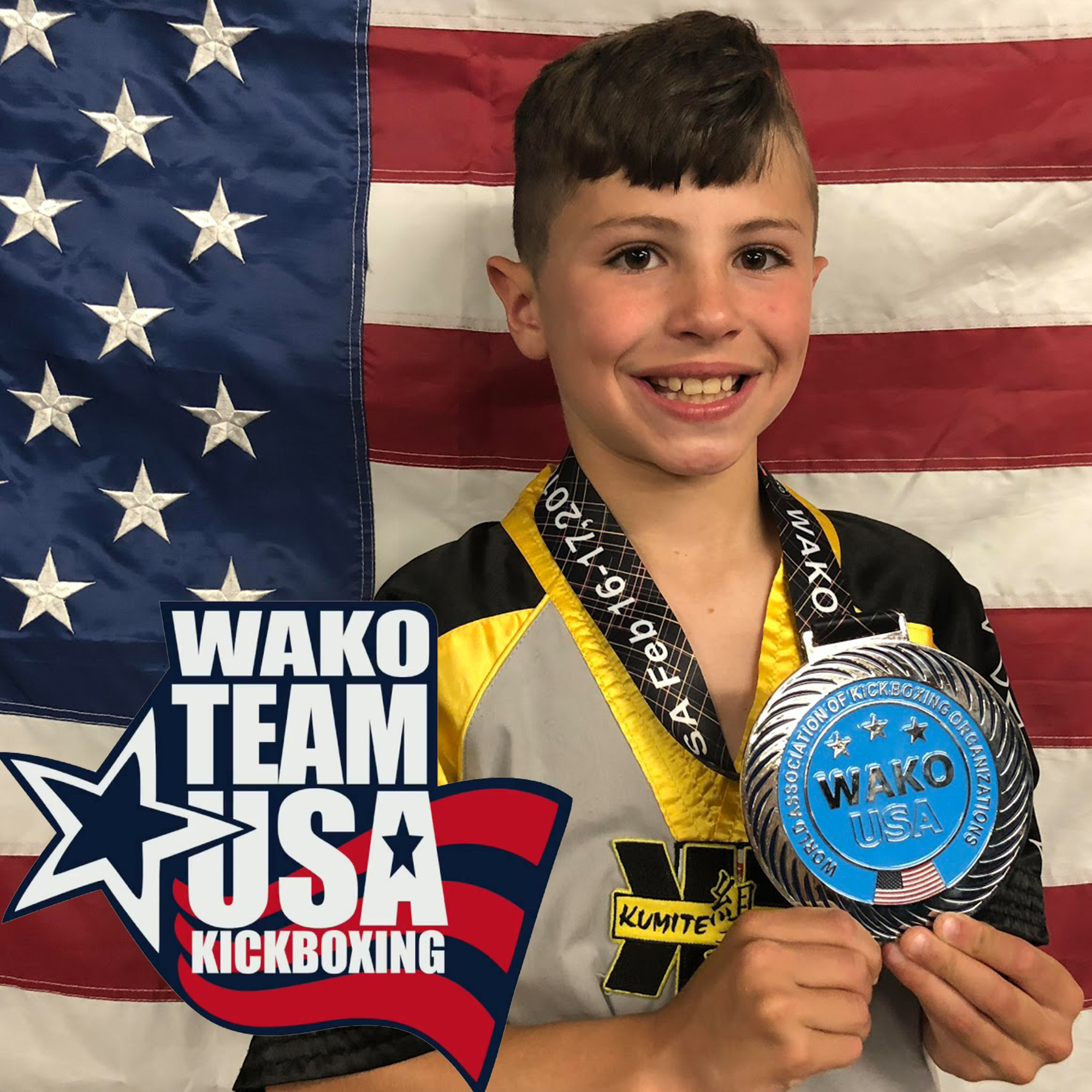 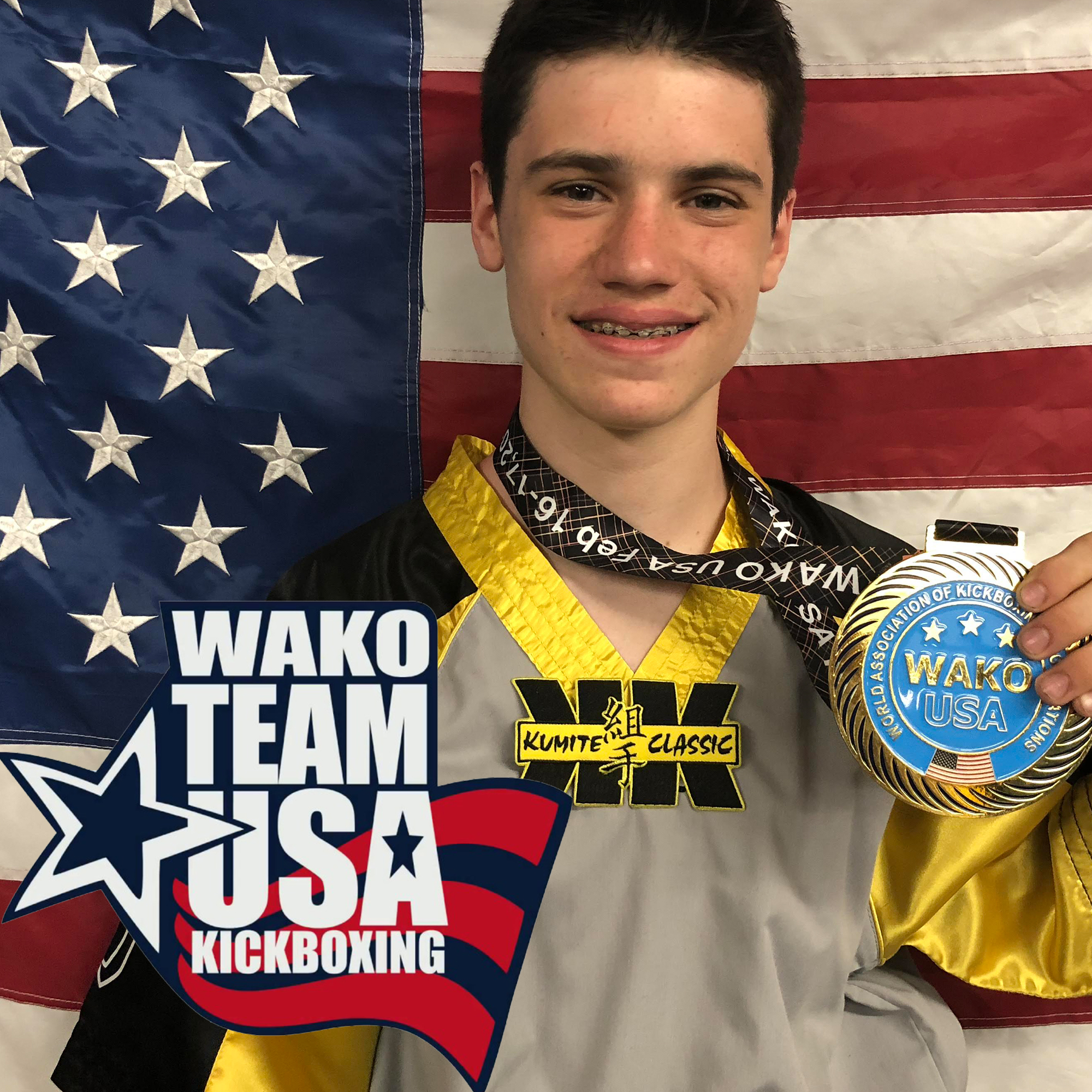 WAKO is the largest international organization of kickboxing, and the governing body of Amateur kickboxing sport certified by SportAccord. WAKO is affiliated in 128 nations on 5 continents officially recognized by either National Olympic Committee or relevant National Government Sports Authority responsible for than 4,000,000 practitioners from across the globe. WAKO kickboxing was one of thirteen combat sports participating in the first ever World Combat Games which were held in Beijing, China under the patronage of the International Olympic Committee (IOC). WAKO is a member of the “Olympic Channel,” a multi-platform global media destination for the Olympic Games which includes other combat sports such as Karate slated for the 2020 Games in Tokyo, Japan. The duo will be traveling to Orlando, Florida in July for the US Open World Martial Arts Championships in preparation for the PanAmerican Championship.

They are still in search of community based support the financial burdens to travel and compete. The two hope to attract a Pittsburgh based company to support their dreams and help them in their quest to bring home a Gold medal for America.