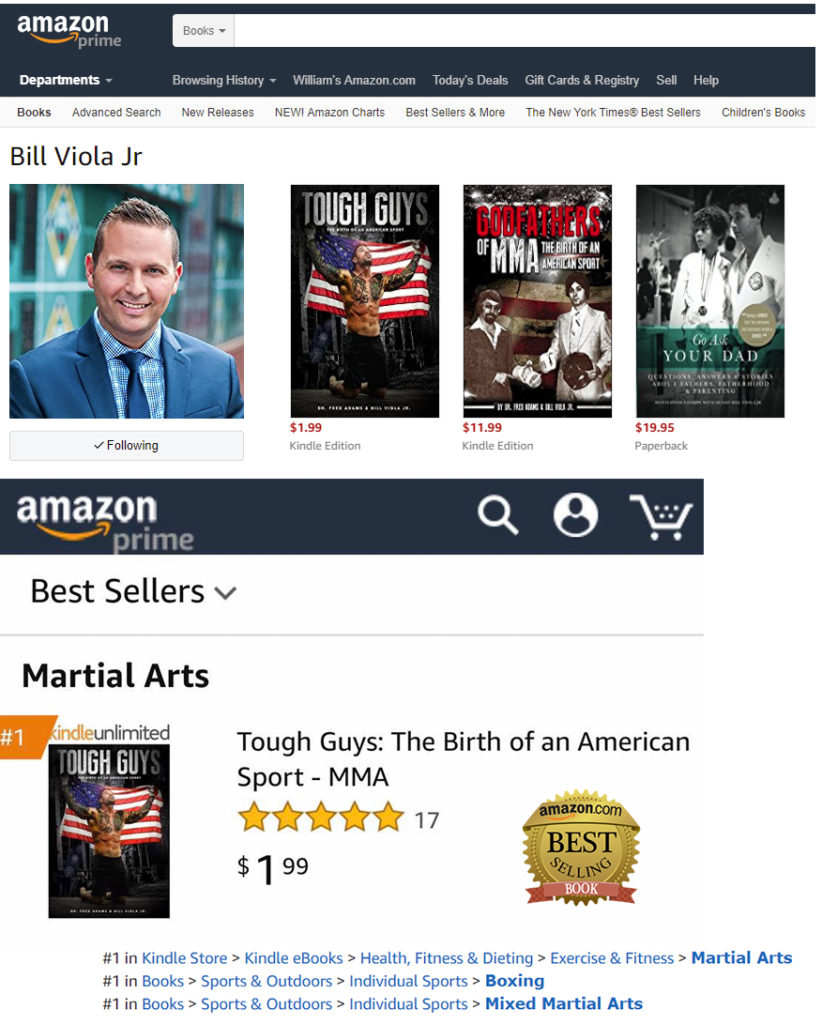 He is a producer of the Showtime documentary “Tough Guys” inspired by his book Godfathers of MMA and chronicles the life of his father (Bill Viola Sr.) Bill Viola Jr. is a Pittsburgh native who has topped the Amazon charts for his work as an author.  He is a noted film producer, international martial arts champion/Sensei and mixed martial arts historian who experienced the “Golden Era” of MMA firsthand as his father; Bill Sr. is credited as the co-creator of the sport (a decade before the UFC) by the Heinz History Center, in conjunction with the Smithsonian Institute.

Bill was a university scholar who graduated Summa Cum Laude from the University of Pittsburgh in 1999.  After earning a bachelor’s degree in Political Science, he transitioned to Hollywood to gain experience in the entertainment industry.  Subsequently, he earned acceptance into the Screen Actors Guild (SAG) and American Federation of Television and Radio (AFTRA) en route to establishing his own production company, Kumite Classic Entertainment in 1999.  The company’s signature event is the legendary self-titled “Kumite Classic.” It has been dubbed by the media as the mecca for martial arts in Pittsburgh, Pennsylvania.  The company hosts the annual Pittsburgh Fitness Expo, established as the largest multi-sport convention in Western Pennsylvania attracting a host of sports and entertainment icons such as Kurt Angle, Lynn Swann, Franco Harris, Antonio Brown, Ice-T, and Royce Gracie over the years.

Viola Jr. established Kumite Quarterly magazine in 2003.  He served as publisher in North America until 2007.  The magazine was the official publication of Kumite International, a scholarship foundation (the first of its kind) established by Viola Jr. in partnership with Eckert Seamans Law Firm.  Viola Jr. is an accomplished freelance journalist, contracted by such publications as Martial Arts Success, Sport Karate Magazine and Sport Karate Illustrated.

In 2014, Viola Jr. published the critically acclaimed non-fiction book Godfathers of MMA inspired by the life of his father.  The book was the subject of the documentary film Tough Guys which made its network television debut on SHOWTIME (2017). The book was re-released as Tough Guys (a special commemorative edition) and soared to the #1 on the Amazon charts for sports (October, 2017). Viola is now fielding offers to develop a screenplay for Tough Guys as a major motion picture.  He has served as an independent consultant for number major motion pictures including the mixed martial arts movie Warrior (2011) and as an Producer and Associate Producer for the films such as Tapped Out (2014) starring former UFC champions Lyoto Machida and Anderson “Spider” Silva.

In 2016, he co-authored Go Ask Your Dad, (with his friend Dom Domasky), an inspirational book about fatherhood which debuted on the Amazon best-sellers list. His work was honored by Pittsburgh Magazine who named him to the prestigious “40 under 40” list recognizing the most influential young leaders in the city.

Viola Jr. was one of the most dominant sport karate competitors in the country recognized as a 4x United States of America Karate Federation (USAKF) National Champion (1995-1998) and All-American Athlete.  In 1998 he was honored and recognized by Arnold Schwarzenegger as a World Champion at The Arnold “Classic” Sports Festival, Columbus, Ohio.

“Sensei” Bill is the head coach of “Team Kumite,” an all-star travel team that represents Pittsburgh on a global scale and continues to teach martial arts at the same school his father established in 1969 (Allegheny Shotokan).  He has trained and worked with world and Olympic-level competitors and professional athletes from the NFL and MLB.

He is the creative force behind the nationally renowned Sensei Says ® life skills curriculum.  His latest project is CommonSensei, a self-help book and brand dedicated to the skills they forget to teach you growing up, is in development. He is part of a growing Pittsburgh karate legacy that that includes all four of his sisters and now his daughter, Gabriella Capri Viola and son William Viola IV.

Viola partnered with former Mr. World Dave Hawk and Olympic Champion and Professional Wrestler Kurt Angle to host the Ultimate Teen Challenge in Pittsburgh, May 2005. The event has become an annual feature at the Kumite Classic. 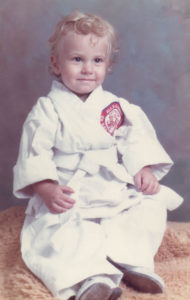 Bill Viola was introduced to Martial Arts (Shotokan Karate) by his father William Viola, founder of Allegheny Shotokan Karate. His lessons began in the 1970s when he was just a toddler. He began a two-and-a-half years old.  As a youth Viola was one of the most well rounded and consistent and competitors in the country recognized as a USAKF Jr. Olympic champion. Winner of national championship in kata, kumite and kobudo.  In 1993 Overall he was the Sport Karate International Champion. He went on to be the most successful sport karate champion in Pennsylvania Karate Rating Association history winning an unprecedented 8-consecutive black belt overall state titles earning 1st place in every category (1992-1999). As an open and traditional competitor Viola excelled on multiple circuits including NBL, NASKA, AAU, and USAKF. He competed across North America as a member of X-Caliber and Metro All-Star national travel teams.

As an adult, he was recognized as a 5x USA Karate National Champion and All-American Athlete. Viola was the only adult black belt triple gold medalist (Kata, -65 Kg Kumite, Kobudo) at the 1997 USAKF National Championships in Akron, Ohio.

Promoter:As a promoter, Sensei Bill Jr. is recognized as one of the top event producers in the North America.  He has instituted such awards such as the Pro-Kumite 10K (largest sport karate team fighting prize in history) and also the Jr. State vs State 5k.  Below is a recent interview with Martial Arts Success Magazine teaching new promoters some of his secrets:

Viola has served as a stunt actor and choreographer including performances for Paramount Pictures, Nickelodeon Movies, US Steel, Police Athletic League, Eckert Seamans Law Firm, and the University of Pittsburgh. Over the years Viola has participated as a spokesperson for national campaigns including, Say No to Drugs, a tour took Viola coast to coast from Los Angeles to New York.

Viola has won numerous national and international titles and was inducted into National Black Belt League Hall of Fame in 2003 (Houston, Texas). He was also inducted into the National Federation of Martial Arts Hall of Fame, Kumite International Hall of Fame, and the Pennsylvania Karate Rating Association Hall of Fame. In 2004 he was honored at The Sport Karate Living Legends Banquet with the Lifetime Achievement Award, Lynchburg, Va. Viola was recognized at the 35th Annual Willie Stargell Memorial banquet on December 16th 2010. He received the “Pittsburgh M.V.P.” award for his work within the fitness and Martial Arts industry. He is featured in teh book, “Whos Who in the Martial Arts” (2017) Legend of American Karate edition.

In the summer of 1999, Viola was involved in an unfortunate automobile accident on US Route 30 in North Huntingdon, PA. He sustained a serious cervical neck fracture injury that effectively ended his competitive karate career (1981-1999). –Tribune Review Westmoreland Sports August 15, 1999 page 6.

In 2003 Viola established Kumite Quaterly Magazine, a martial arts publication distributed throughout North America. The magazine was Published by Viola Jr. until 2007.  He also has served as a journalist for Sport Karate Magazine, covering international events in Canada, Mexico and the United States, as well as the NBL Supergrands World Championships and been a contributing author to Sport Karate Illustrated, and Martial Arts Success Magazine. 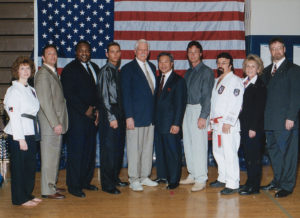 In 1995 Viola began teaching sports endurance and cardio classes. In 2004 Viola expanded his personal training and established “Fitness And Sports Training” (The FAST Class). The conditioning and sports performance classes focused on improved speed, agility and strength for competitive sports teams in the Pittsburgh region.

Viola has served as a talent judge and promo coordinator for Sony Pictures Entertainment. He acted as a consultant for the motion picture Warrior, a mixed martial arts movie filmed in Pittsburgh (released September, 2011 by Lionsgate). Viola teamed up with longtime associate Jim Cvetic (Western PA Police Athletic League) to help organize major scenes for the production.

Viola promoted the WAKO North American Open (2017) along with Raymond Daniels and Jarrett Leiker.  Viola brokered a deal with Century Martial Arts and Europa to host the event during UFC International Fight week. 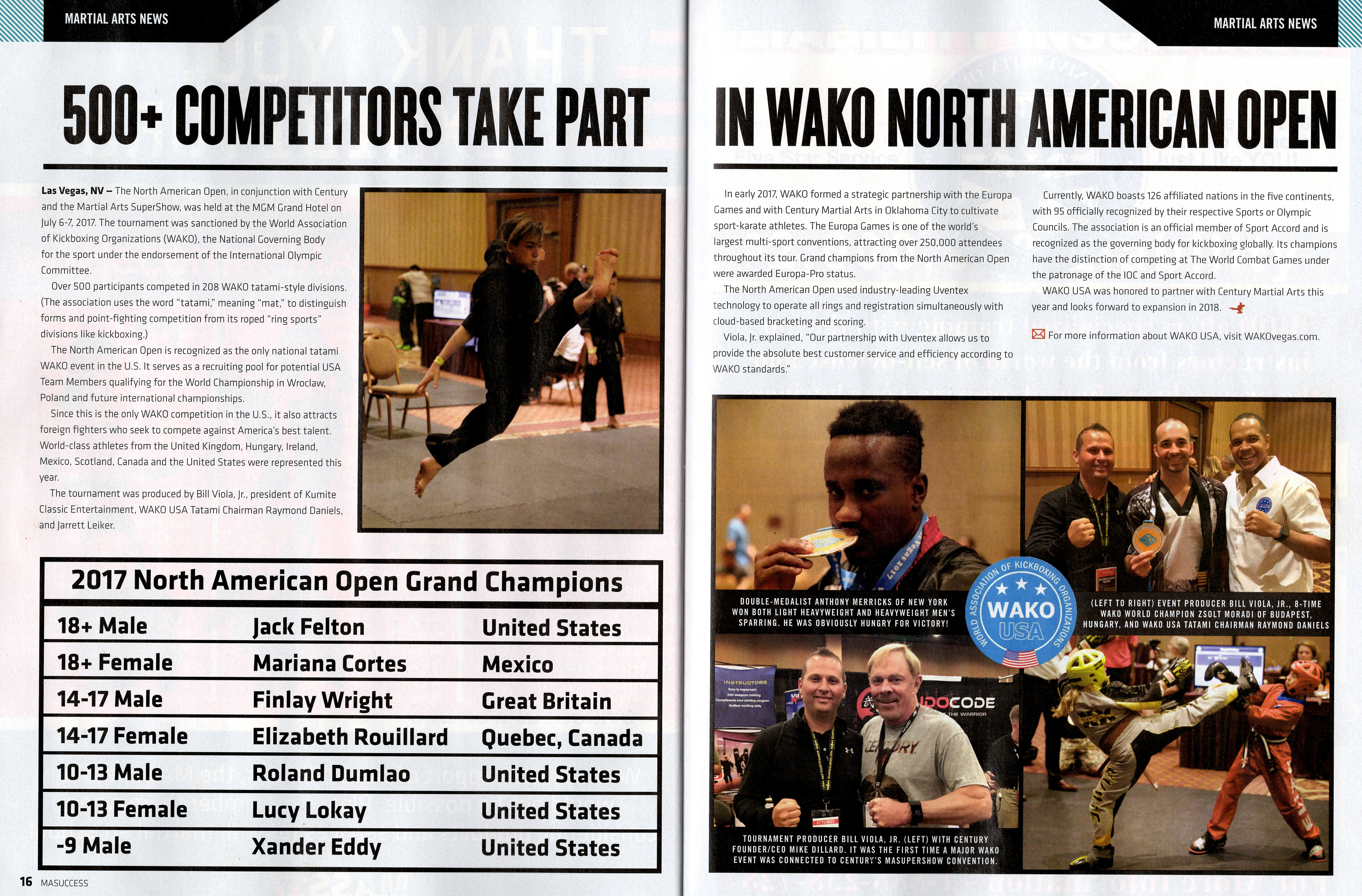 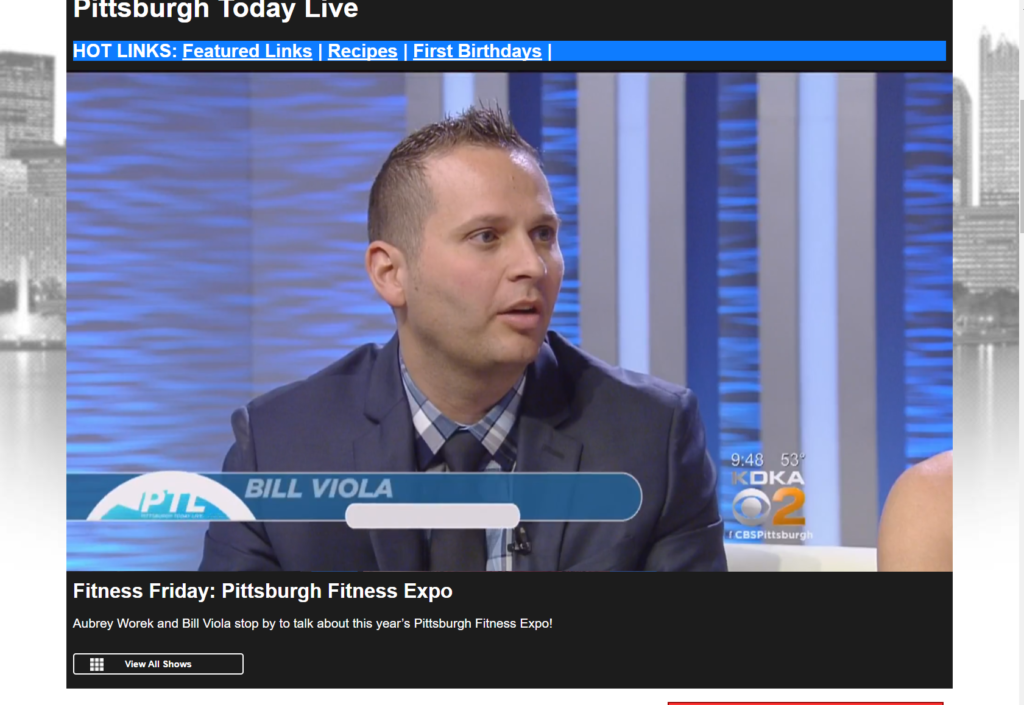 In 2000, Viola won Sisqo’s Shakedown, MTV’s most popular program at the time. Singer-choreographer Pink selected him as the most dynamic performer on the show. He has also made appearances in national commercials for companies such as 7-Eleven and built an impressive portfolio as a fashion and commercial print model, featured on MTV’s Hitched or Ditched (Big Bear, California) working along side Jennifer Lopez, Mandy Moore and Carson Daly.

Viola has worked as a freelance talent scout and entertainment entrepreneur. He has mentored top martial arts performers, helping them gain exposure within the entertainment industry. Viola helped launch the modeling career of Nick Bateman at the Model Universe competition in Miami, Florida. Bateman was discovered by fashion Icon Calvin Klein at the event.

Viola has extensive experience within the entertainment industry, working behind the scenes of major Hollywood productions. He has worked on location for big budget music videos sharing the set with musical artists such as the Def Tones, Britney Spears, and The Black Eyed Peas. The experience influenced the creation of The Kumite Classic concept.  Throughout his promotions he has met and worked with some of the biggest names in the industry.

“I can do all things through Christ who strengthens me.”