Bill Viola & Frank Caliguri co-founded CV Productions Inc. in 1979, the first MMA Mixed Martial Arts company in America.  Thirty years later, the duo celebrated the sport of MMA in Pittsburgh.  A new book “Mixed Martial Madness” will be released this fall.  The origin of an American online casino sport, and the history of MMA in the United States.  Stay tuned. 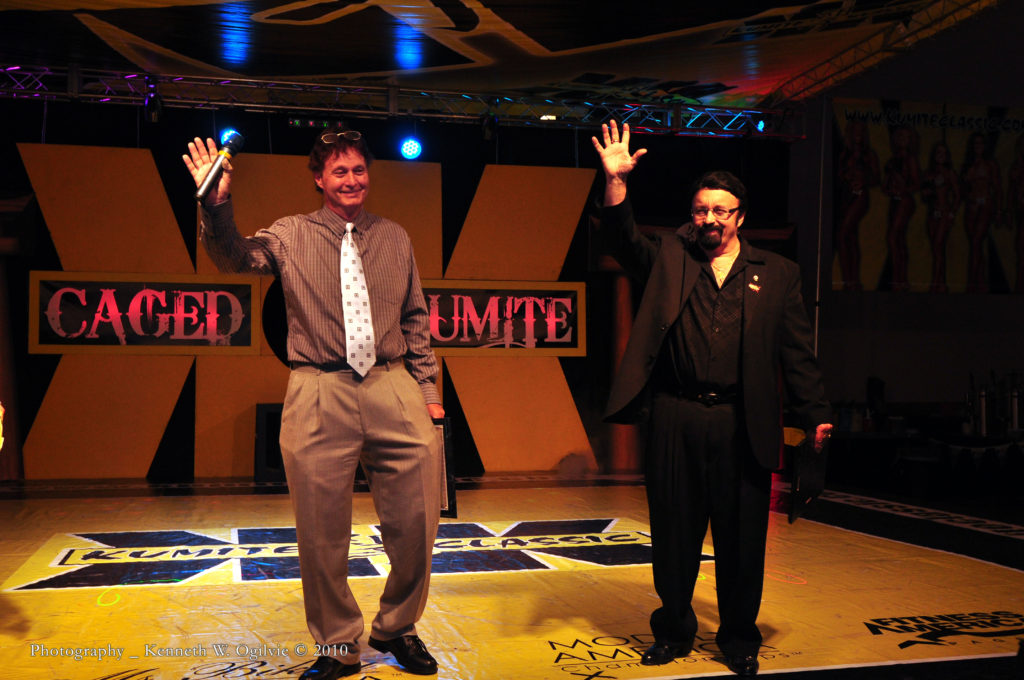 Allegheny Shotokan “Old School” days at East Allegheny School.  Sensei Bill Viola began teaching Karate in 1969 and the club flourished into the 1970s.  Allegheny was chosen both as a reference to Allegheny Country, East Allegheny School District, and the fact that “A” was at the beginning of the phone book (a clever marketing strategy in the days before the internet).

Today , Allegheny Shotokan operates in Irwin / North Huntingdon in the suburbs of Pittsburgh. 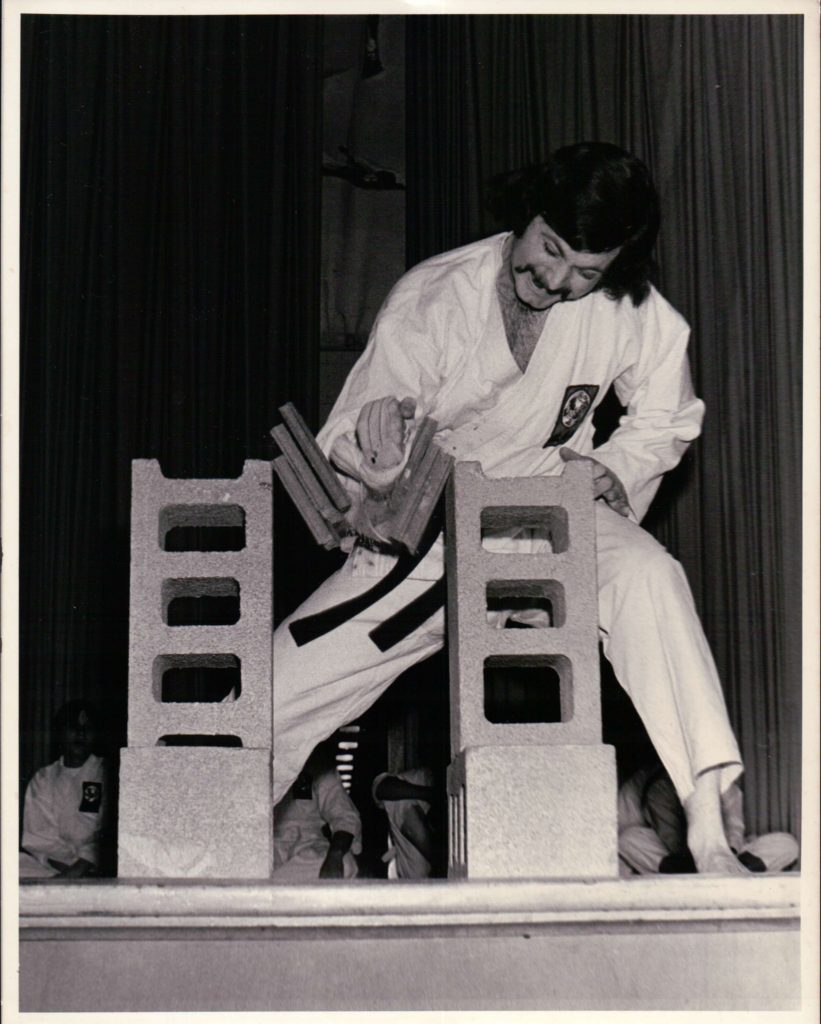 Yo Adrian!  Bill Viola with Gabby at the Philadelphia Museum of Art doing the iconic run up the steps!  Kumite Classic represents in Philly…

Norwin Ninjas perform at the Kumite Classic Pittsburgh, PA as part of the Allegheny Shotokan Karate Club lead by Sensei Bill Viola Jr. The karate for kids class is specialized for 4 year olds, 5 year olds, 6 year olds and 7 year olds.  It is has been recognized as the best karate  school in the are for children in the Pittsburgh and surrounding areas of North Huntingdon, Irwin, Greensburg and Monroeville. Stop and visit Sensei Bill Viola for a free trial karate lesson.

Self Defense in North Huntingdon (Classes, seminars, workshops and more)

Allegheny Shotokan is North Huntingdon, PA’s home for the very best Karate, Martial Arts training and self-defense training.  With over 50 years experience, the staff of professional accredited instructors have the most experience in the region.  Self Defense classes for men, women or children.  Allegheny Shotokan Karate is the most established karate school in the Irwin North Huntingdon Norwin area.  Founded by Bill Viola, Home of Champions in the Pittsburgh region since 1969.  Contact us for a free lesson. Text Sensei Bill Jr. to set up a free lesson today: 724-640-2111 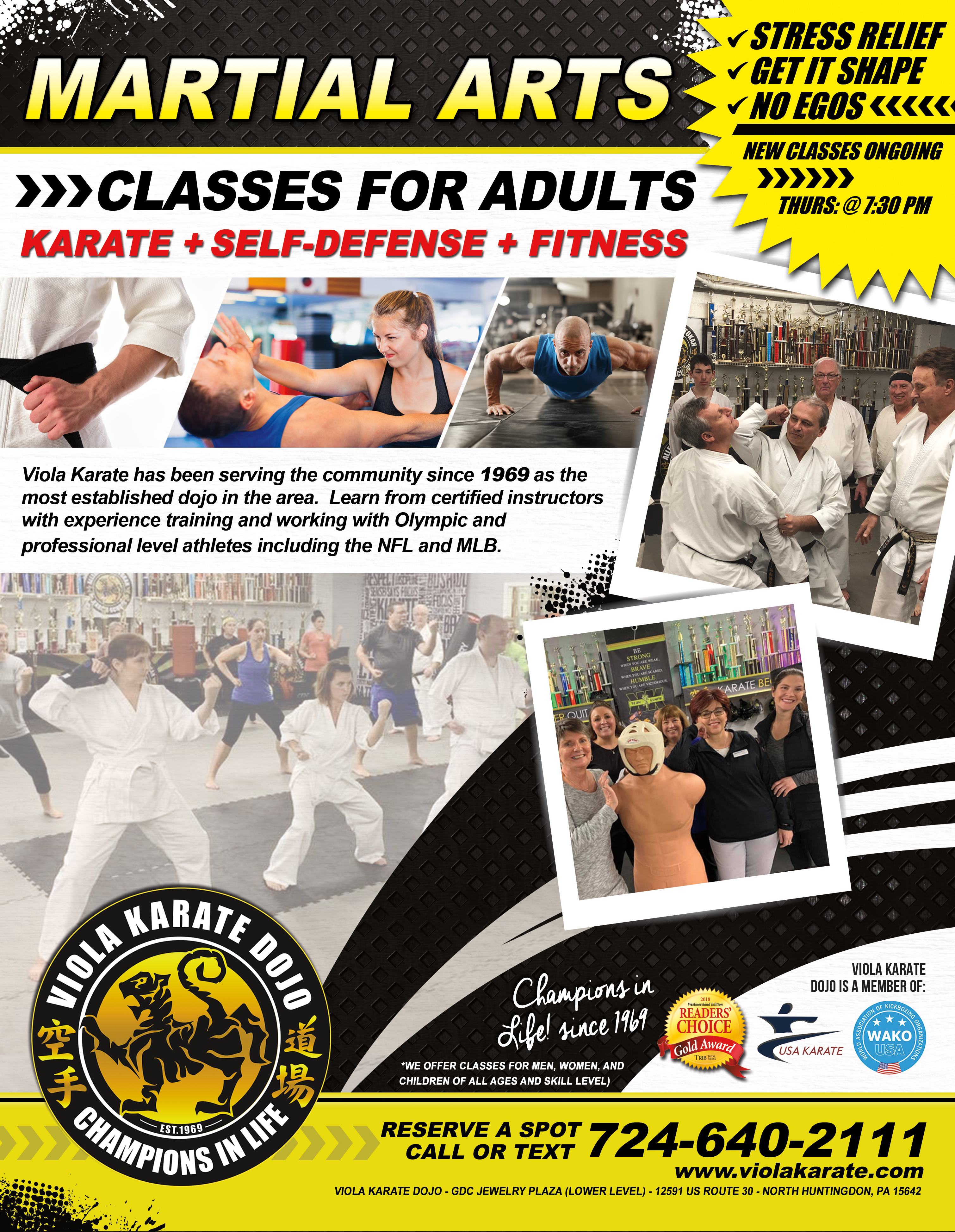 Brazil native Royce Gracie is an undisputed legend in the world of mixed martial arts.

Gracie, with his foundation in Brazilian jiu-jitsu, dominated the early years of the Ultimate Fighting Championships.

He won the first UFC tournament in 1993, and nearly 20 years later, the 45-year-old still has that fire for competition.

Gracie brought his knowledge and energy to Monroeville on Friday and worked with dozens of local athletes though a pair of seminars.

“Back then (in 1993) it was a style against a style,” Gracie said. “Today, it’s an athlete against an athlete. UFC and mixed martial arts has become a dream for kids, like wanting to someday be a hockey player or a football player. They get up and train in the martial arts.”

Pittsburgh is an area progressing in mixed martial arts, both in the production of local fighters and in the promotion of local events. Gracie said he sees that growth all over the world in his travels, from Europe to Africa to the Middle East.

Gracie said he trains, eats in a healthy way and teaches every day. Whether it’s making himself better or someone else better, the desire for the martial arts and MMA, he said, continues to burn.

The Gracie seminars kicked off a flurry of activity at the 13th annual Kumite Classic on Friday and Saturday at the Monroeville Convention Center.

The Kumite Classic’s mission is to “promote healthy active lifestyles through a full-scale interactive consumer expo.”

The event catered to many fitness enthusiasts from Plum, Monroeville, all over western Pennsylvania and throughout the country.

The competitions and demonstrations went nonstop from Friday afternoon to Saturday eve- ning, and more than a dozen sports were featured.

“I think the uniqueness of the event is what makes it special,” Kumite Classic co-coordinator Bill Viola Sr. said. “It’s a celebration of physical fitness. All of the athletes come to this event because they can put their athletic abilities and talents on display. If someone came to see a karate event, they were able take a few steps over and watch a strongman or bodybuilding event. It’s great to be able to have all these great events under one large roof.”

The Kumite Classic honored and recognized Bill Neal, a Penn Hills native and Plum resident, Saturday afternoon for his work with youths of all ages in the East Suburbs and throughout the Pittsburgh region.

Neal, the founder of Pittsburgh-based Champions Enterprises, has dedicated his life to community service. Each year, the Pittsburgh MVP Awards are presented at the Willie Stargell Memorial Awards Banquet.

The ceremony honors community and business leaders, as well as amateur and professional athletes, who are making a difference in the lives of others.

“Bill has such a big heart,” Viola Sr. said.

“He constantly works with kids and for kids. He’s given his heart and soul to them. We’ve had a great relationship over the years. He helped us promote the first MMA competitions in 1979 and 1980. We’re so happy to be able to honor him because he has recognized and honored so many others.”

The Ultimate Teen Challenge on Saturday morning brought together male and female athletes ages 13 to 19 for a test of skill in a number of events, including a shuttle run, vertical jump, bench press, inverted pull up, dips, football toss, tire flip and kneeling power ball toss.

Awards and scholarships were presented, and each participant was placed in a raffle with a chance to win various types of fitness equipment.

Pittsburgh native, U.S. Olympian and world-famous professional wrestler Kurt Angle again was on hand to present the awards to the teen challenge winners.

“One out of every three teens in the U.S. is obese, and we’re trying to change that,” Angle said. “We want them to be more active. Not everyone has to join a sports team. You can go to a gym, go for a run or take a walk, as long as you have activity in your life. A healthy mind and a healthy body makes for a healthy soul.” 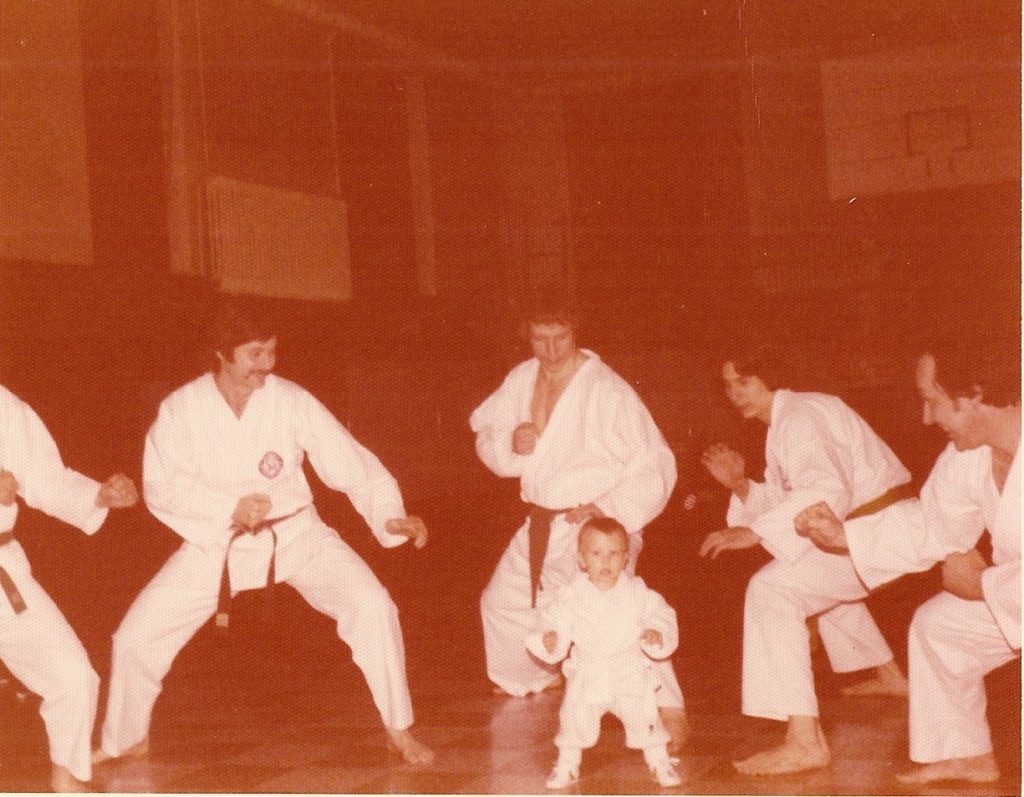 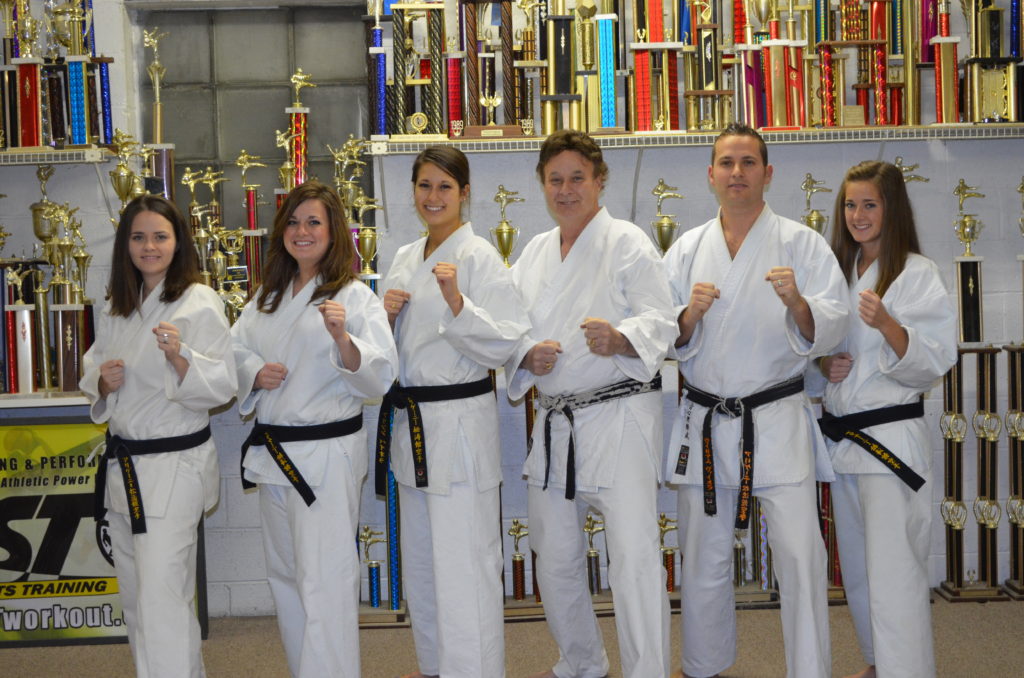