Congrats to Team Kumite!  From our first timers to our black belts… I am so proud of all the Allegheny Shotokan students. 23 team members strong signed up for the tourney, and we made allot of noise!  We had more fighters represented on stage than any other team, and really showcased continuous sparring skill. I also wanted to thank all the coaches and parents who helped make the weekend a success. This is a great team, and it was a great team effort.  Keep up the good work. Next stop, Grand Slam Open in Virginia. 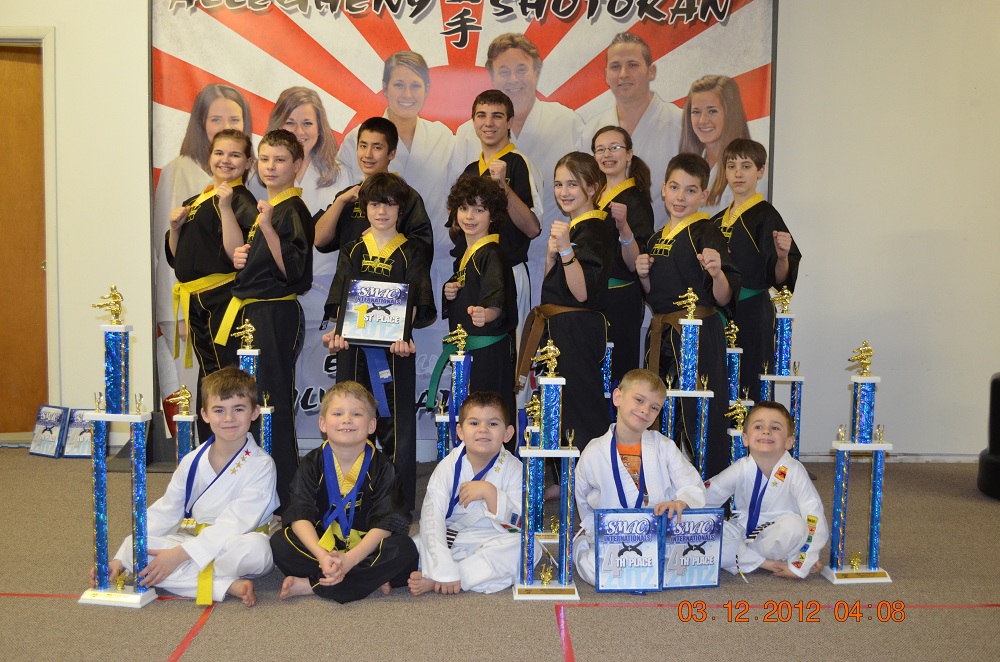 The 2012 SMAC Internationals were held March 10-11th in Niagara Falls, New York part of the National Black Belt League’s National Can-Am Conference.  The  competition showcased athletes from across North America and serves as a stepping stone for the NBL World Games held annually over New Years. Team Kumite is comprised of the regions top all-star karate competitors. The members all secured seeds for the year end championship by placing in the top of their divisions.

2010 World Champion Dominic Leader made a successful debut as an adult 18-34 class by defeating the reigning World Champion in the new weight class. Both Dominic and his older brother Billy notched impressive team victories in the finals.  In all, Team Kumite had more fighters earn a place in the finals than any other team represented.