Team Kumite brings home major hardware after the 2013 SMAC Internationals NBL Sport Karate Championships. Great way to kick off the Can-Am season.  Highlights included main stage Finals victories by Luke Lokay and Hope Chase.  Gavin represented the team in the Novice Grand Championship for kata.  Sara Russell won four 1st places including two black belt divisions.  Cameron Klos won 1st place in a division of 33, that was split with his Gojushiho sho.  All the norwin ninjas got valuable experience, thanks to Sensei Dave for coaching.  The Jr. Team Girls: Sara Russell, Hope Chase, and Bri Chase dominate winning 1st place after taking a 19-1 point lead over Rhinebeck from New York. Rachel made her debut in Continuous sparring and took home second place honors, while Bess and Marie had a great battle for top honors. Liz rounded out the field of some tough girls in that division.

Billy Leader won 1st place in men”s point over Shane Baker nbso and also the Middle Weight Grand Championship on stage winning 10-0 over his opponent.  That win earned him a spot to face one of the World”s best… Trevor Nash for the Overall Grand and $1000 prize.  Billy put on a great show scoring the first point and keeping it close (2-4 Nash with 28 seconds to go).  Bill showed allot of courage in the “David vs Goliath”  match up, lol. In the end, Trevor proved why he is one of the best in NBL history taking the title home to Canada, but we were all proud of Billy”s performance. 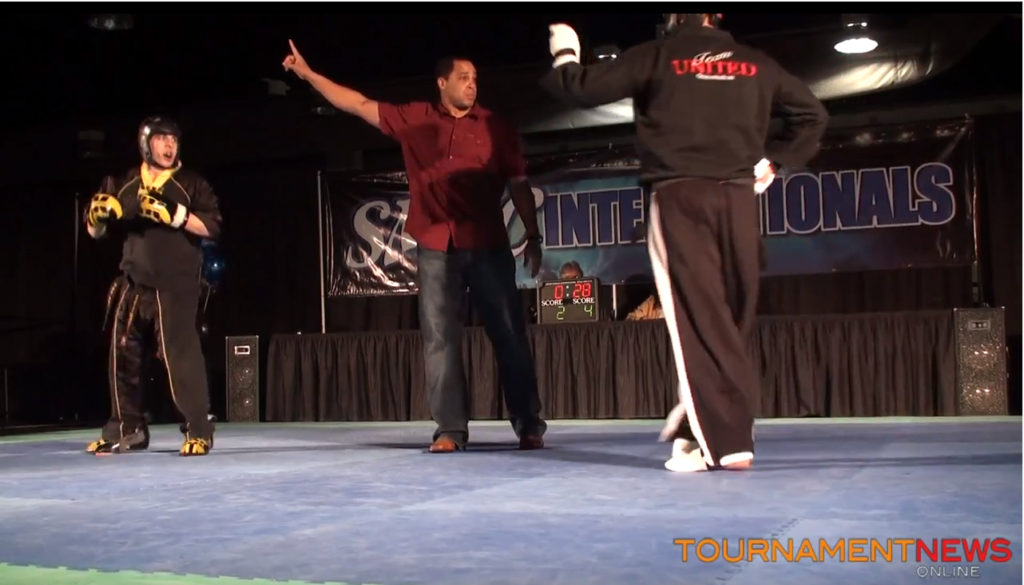