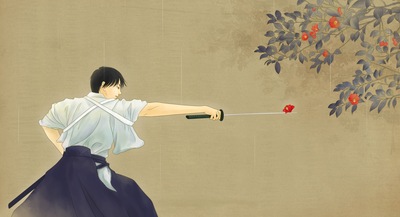 The Fives “Spirits” of Budo (martial way) are:

The state of shoshin is that of a beginners mind.  It is a state of awareness the remains always fully conscious, aware, and prepared to see things for the first time.  The attitude of shoshin is essential to continued learning.  Great quote:  “Don’t expect me to teach you.  You must steal the techniques for yourselves.”
Zanshin
The spirit of zanshin is the state of the remaining.  It is often described as a sustained and heightened state of awareness.  In karate technique terms, true zanshin is a state of focus or concentration before, during, and after the execution of a move.  Zanshin is the state of mind that allows us to stay spiritually connected, not only to a single attacker, but to multiple attackers and even an entire context; a space, a time, an event.
Mushin
No mind, a mind without ego.  A mind like a mirror which reflects and dos not judge.”  The original term was “mushin no shin”, meaning, “mind of no mind.”  It is a state of mind without fear, anger, or anxiety.  Mushin is sometimes described by the phrase, “mizu no kokoro”, which means, “mind like water”.  The phrase is a metaphor describing the pond that clearly reflects it’s surroundings when calm, but whose images are obscured once a pebble is dropped into its waters.
Fudoshin
An unshakable mind and an immovable spirit is the state of fudoshin.  It is courage and stability displayed both mentally and physically.  Rather than indicating rigid, inflexibility, fudoshin describes a condition that is not easily upset by internal thoughts or external forces.  It is capable of receiving a strong attack while retaining composure and balance.  It receives and yields lightly, grounds to the earth, and reflects aggression back to the source.
Senshin
Senshin is a spirit that transcends the first four states of mind. Sen (as in sensei) means “before” and we know shin can mean mind, heart, soul spirit, truth etc.  It is a spirit that “harmonizes” the universe.  Senshin is a spirit of compassion that embraces and serves all humanity and whose function is to reconcile discord in the world.  It holds all life to be sacred.  Fully embracing senshin is essentially equivalent to becoming enlightened and may well exceed the scope of daily martiala rts training.
Shoshin can free a student from a frustrating plateau of learning, giving him the sight to see what he would not see before.  Zanshin can raise one’s total awareness enhancing randori and free-style training.  Mushin can release the student’s anxiety under pressure enabling better performance during testing.  Fudoshin, can provide the confidence to stand one’s ground in the face of overwhelming physical attacks.  The serious aikidoka should find ways of incorporating these budo spirits in his daily training.

Shoshin: This is like a little baby born into the World, eyes wide open trying to absorb as much information as they can.

Zanshin: Is a state of heightened awareness. Great example 2 vs 1 kumite.

Mushin: in like being in the “zone”. Body just takes over with no thought.  Michael Jordan used to get into the “zone” and everything just worked.

Fudoshin: Self-control and strong composure. Student must show patience and hold their ground waiting for the opponent to attack so they can catch them.

Senshin: The ultimate mindset.  One we all wish to obtain.

FYI:  Senshin is the name of the “Sophisticated Mind” brand of Sake.  This may be cheating, lol. 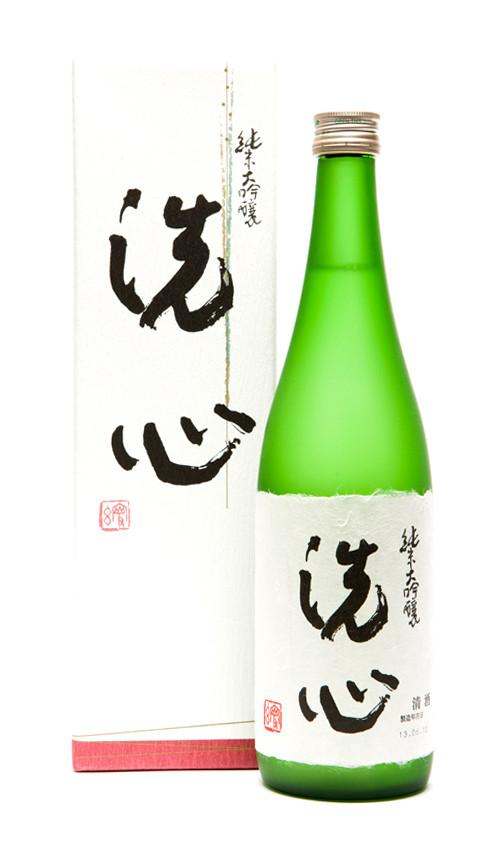