Yoi and double yoi.  You heard that right… Two Parmanti eatin’ terrible towel waving  “Yinzers” from Western Pennsylvania are credited with creating a new sport [MMA] over 14 years before the UFC. These weren’t your average yinzers though, they set sights on a “billion dollar” prize and would have won if it wasn’t for Commonwealth outlawing the sport with the passage of the Tough Guy Law in 1983.  Who knew??  Fascinating story of what if, but #Pittsburgh is documented as the birthplace of MMA. BURGH PROUD!  Read the book or Watch the Showtime Documentary

How a Pittsburgh karate pioneer Bill Viola Sr. fits in the mixed martial arts family tree from Pankration to UFC.  Learn more about the History of MMA 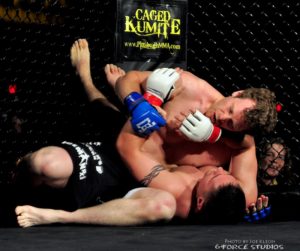 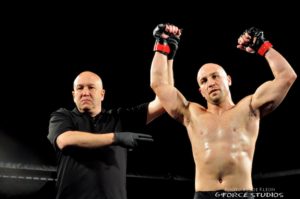 Bill Viola still can remember the meal like it was yesterday.

For the former East Allegheny science teacher, who in 1979 was promoting local karate and kick boxing events with partner Frank Caliguri, it was a meeting that changed his life.

“One day we were meeting at Denny`s,” Viola recalled. “I said, ‘What do you think, Frank?` He said, ‘You know, I hear the same story, I know someone that could beat this guy up, or who`s the toughest (fighter). What happens if Muhammad Ali would fight Bruce Lee? What happens if Bruno Sammartino … got in the mix? Who would win?`”

From those questions, the pair got an idea to supplement their kick boxing and karate events with a new sport.

“We decided, ‘Hey, why don`t we do something totally bizarre?`” Viola said. “‘Why don`t we throw all these people in the ring and see what`s going to happen?`”

The result became Viola and Caliguri`s “Tough Guy Championships,” which pitted various styles of fighters against each other and spawned the first organized Mixed Martial Arts league.

Now, 32 years later, MMA has become one of the most popular sports worldwide.

Last week, Viola and Caliguri were enshrined at the Western Pennsylvania Sports Museum at the Senator John Heinz History Center as part of a new exhibit celebrating the local roots of MMA.

“It`s kind of a big honor to be down there right next to Franco Harris, and you go a little bit further, then there`s Danny Marino,” said Viola, a North Huntingdon Township native. “It`s unbelievable.”

“In those particular days there was no Internet, there was no texting, there was very little communications,” Viola said. “The way that we would get the word out for a show is, you could advertise in the paper or you could get television or radio.”

The rivalry between different types of fighters helped create the buzz that has made MMA so popular.

“For a kick boxing show we would get maybe 100 phone calls of people asking questions,” Viola said. “You`d get 1,500 people at the gate, which was really nice for those days. We must have had in the first week of (MMA) 1,500 phone calls.”

“I can remember they were from Yonkers, N.Y.,” he added. “They were from Michigan, Florida. The word got out and it just went totally out of control. We had to actually hire secretaries. (Before that) we were nothing. We were just mom-and-pop karate schools.”

The first MMA event that Viola produced took place in New Kensington in March of 1980. That event led to the Tough Guy Championships held at the Stanley Theater in Pittsburgh later that year.

“The first three shows we sold out all three nights,” Viola said. “You could not get in the place. The electricity was unbelievable. No one knew what to expect.”

From there, Viola and Caliguri had plans to hold events all over the country, culminating with a national championship prize fight to be held in Las Vegas in 1981.

“We thought it was crazy at the beginning,” Viola said. “Now, amplify that by 10.”Â

Those bouts never took place because MMA became banned in Pennsylvania in 1981 when a fighter died during a fight not affiliated with CV Productions.

“The Sports Museum has brought to light the central role that Pittsburgh has played in the sports of boxing and wrestling, focusing on such greats as Bruno Sammartino and Kurt Angle,” Anne Madarasz, co-director of the Western Pennsylvania Sports Museum, said. “This exhibit adds a new chapter as we trace the roots of mixed martial arts in the United States back to the Pittsburgh region.”

“That was our project, our child,” Viola said. “We were the brainchilds of this. We were the Barnum & Bailey promoters of this event. We went completely out of the envelope when no one believed it could happen.”