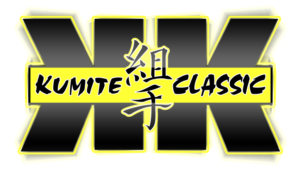 Sport Karate or Sport Martial Arts showcases the best of the best from all point based fighting arts.  They are open competitions that allow athletes from all disciplines to participate such as karate, tae kwon do, tang soo do, kung fu to compete on a common platform under a universal set of rules.

The Kumite Classic was founded by NBL Hall of Fame member Bill Viola.  Viola a former USA Karate All-American Athlete and international sport karate champion has over 30 years martial arts experience.  His father Bill Viola Sr. is a pioneer of karate in the Pittsburgh region, founding Allegheny Shotokan Karate in 1969.

Pittsburgh “City of Champions” The prestigious Kumite Classic is synonymous with athletic excellence recently honored with the Pittsburgh M.V.P. Award at the Willie Stargell Memorial Banquet. Over the past thirty years legends such as Michael Jordan and Muhammad Ali have attended the banquet.